1. The anti-tailing function channel has a common infrared light band detection area. The software can adjust the switch state according to the customer's precision requirements. The application of the light band to adapt to different requirements avoids the point type infrared detector being easily contaminated and affecting the reliability of the judgment. Effectively judge the followers of the unread card. (speed gate)

When the system determines that a trailing occurs, the system will react based on the position of the valid cardholder returned by the infrared detector.

After the door open signal is issued, there are still some abnormal use that will cause the alarm system. 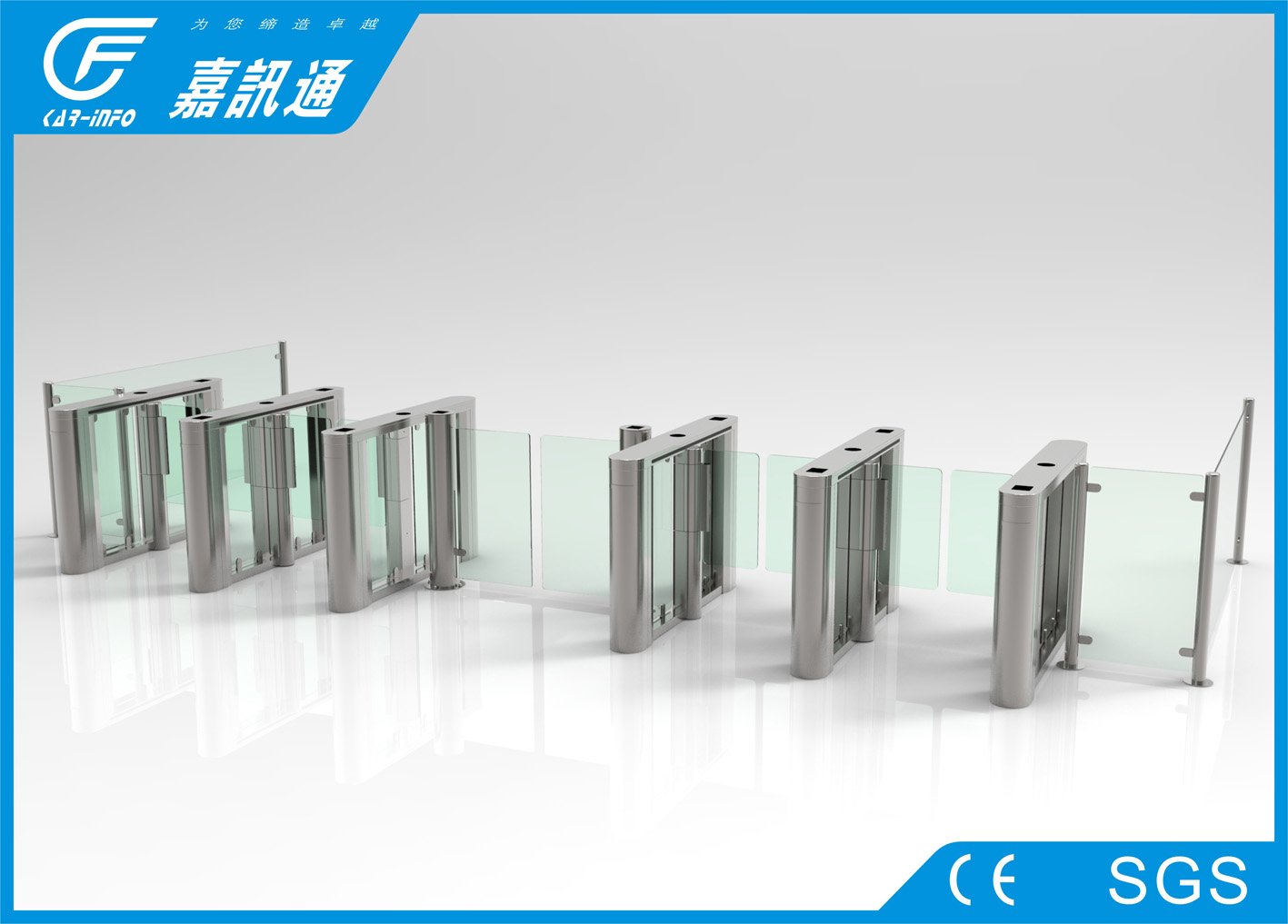 (1) When the door is closed, the pedestrian enters the entry body after the authorized door opening signal is issued. If the reverse detection belt detects that someone has entered, before the first safety photoelectric detection belt passes, as long as the person Without leaving, the buzzer will always sound an alarm and the door will remain closed.
The function does not calculate the time interval at this time.

(2) Reverse intrusion when the door is opened After the door wing is opened, if an unauthorized pedestrian enters the door detection area in the reverse direction, the door is immediately closed, as long as the first protection detection belt detects the presence of a person:
The function does not calculate the time at this time, and the door returns to normal operation when the person leaves the second detection zone.

But as long as the protection detection area still detects someone, the door will not close. 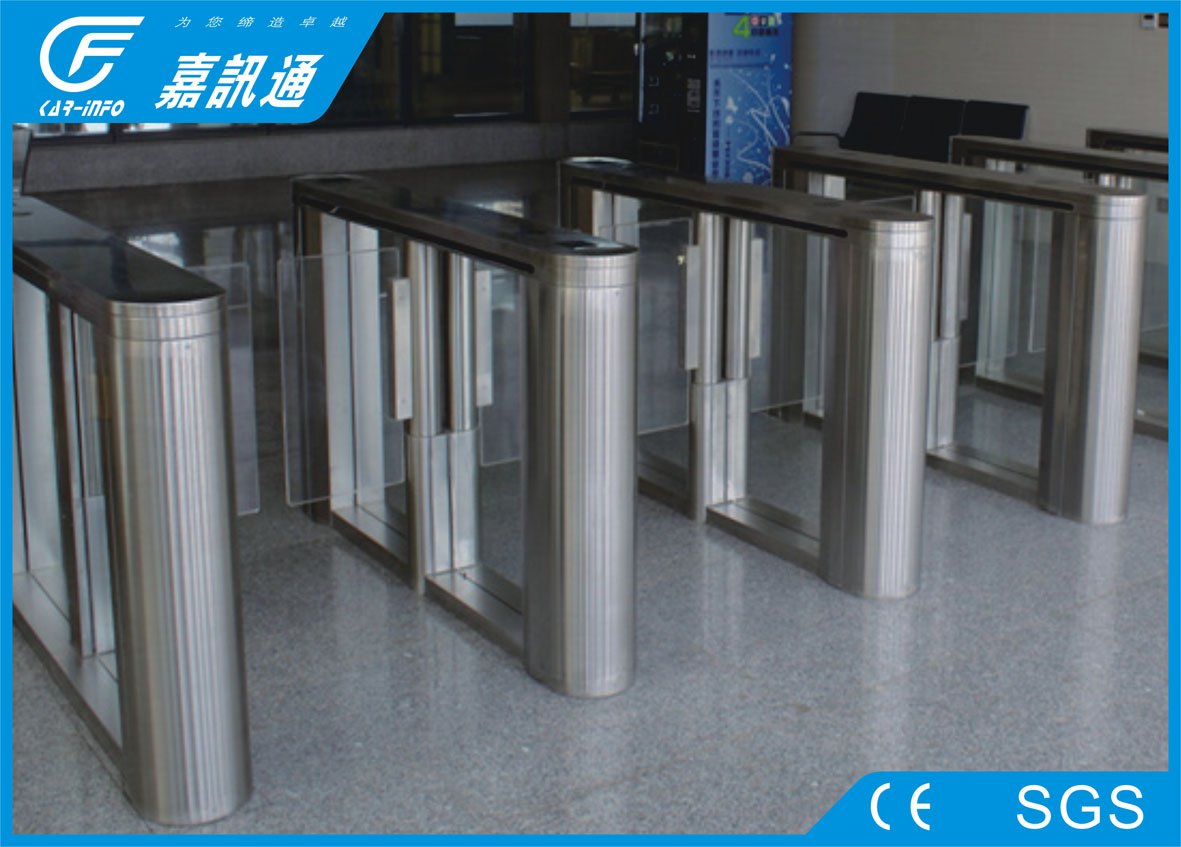 (5) After the normal trailing pedestrian leaves the protection detection zone, the first safety detection zone detects that an unauthorized person has broken in, the door is immediately closed, and the alarm sounds long.

3. Drive DC servo motor drive 4. In the emergency state, the reaction door of the door body suddenly stops during operation. The door wing will stop at the original position and can be freely pushed. According to the requirements, each device can be installed with an emergency button. Press the button. The emergency response mode that has been selected can be activated.

In general, open the channel in case of danger or panic.

In the event of an emergency such as an alarm, the channel can be manually closed via the remote control button.

After the power is turned on or after the emergency is removed, the door wing automatically resets after being self-checked. (speed gate)

Get in Touch with us

Fill out more information, We will get back to you within 24 hours.

Fill out more information, We will get back to you within 24 hours.